Posted 9 years ago by Editor 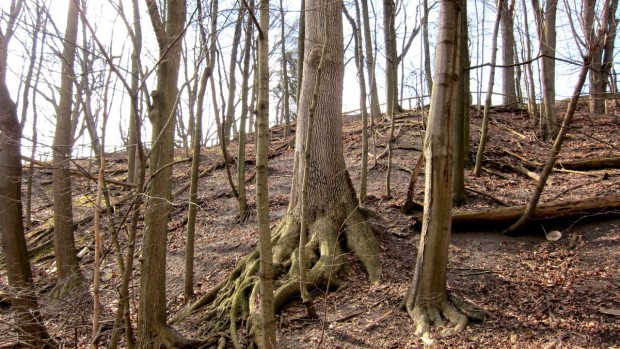 “The clock is ticking on the ash trees in the GTA. Within the next three to five years, all of the untreated ash will be history. The emerald ash borer (EAB) has crept up here from the midwestern United States, after having arrived there about 15 years ago from Asia. It begins its nasty work very quickly, gnawing its way under the bark of ash, until they are dead.”

It’s estimated that the City of Toronto will lose nearly all of its 860,000 ash trees to EAB by 2017 – that’s canopy cover over both public and private land. Earlier this year, local garden expert Mark Cullen tackled questions about the devastation in the Toronto Star.

Want to do something about it? LEAF, one of our city’s excellent urban forest advocacy organizations, tells you how to get involved here.

9 years ago No Comments